The Outlaws Are Coming!

by Will Ryan & The Cactus County Cowboys 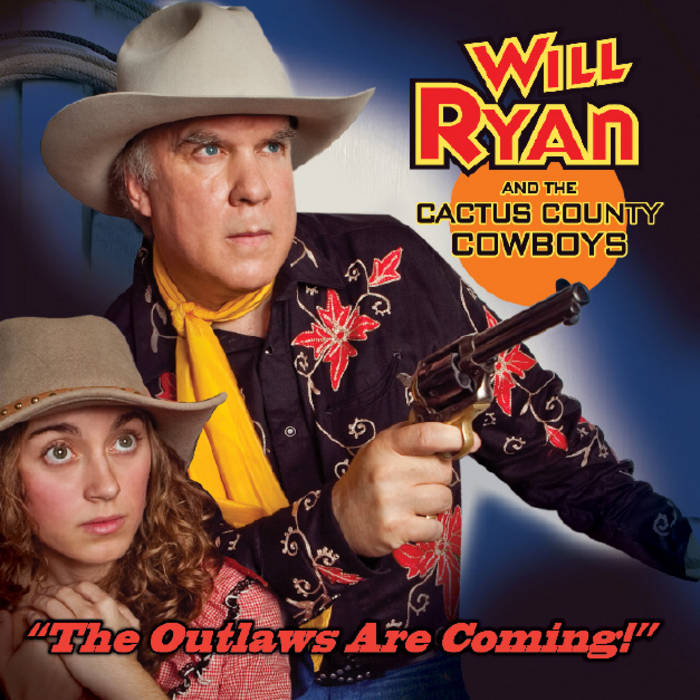 A certain air makes you well aware that Will Ryan and his Cactus County Cowboys (and Girls) are saddling up for another musical adventure in that quarter section of the wide-open spaces known as Cactus County, California, and situated, as Will Ryan declares, exactly somewhere south of paradise and west of the land of dreams.

Will Ryan and his musical aggregation unabashedly play...not country music, nor folk, nor blue grass...but good new-timey Cowboy music inspired by the Saturday matinee ousters and radio roundups of yesteryear...and they play it with a significant twist. Whether Will Ryan and his gang are singing about abundant flies in "Cowtown", or the turn of fortune in the turn of a card in "The Ding Dong Daddy of Abu Dhabi" or crooning the haunting "The Song I Can't Recall"every refrain in the Cactus County Cowboys' repertoire sounds toe-tapping comfortable, just like you grew up knowing all the words and notes.

from the linear notes by Robert S. Birchard

Songs by Will Ryan

Will Ryan is well-known for singing about the American West. He began to write & record songs for Disney & provided the voice of Rabbit, Tigger, & Eeyore in the Disney Channel's long-running series Welcome to Pooh Corner.

Will Ryan's Cactus County Round-Up, has been a staple in Southern California since 2008. ... more

Bandcamp Daily  your guide to the world of Bandcamp

YUNGMORPHEUS introduces his latest project, plus jams from Michael Sneed and Navy Blue